Reclamation of the Spirit 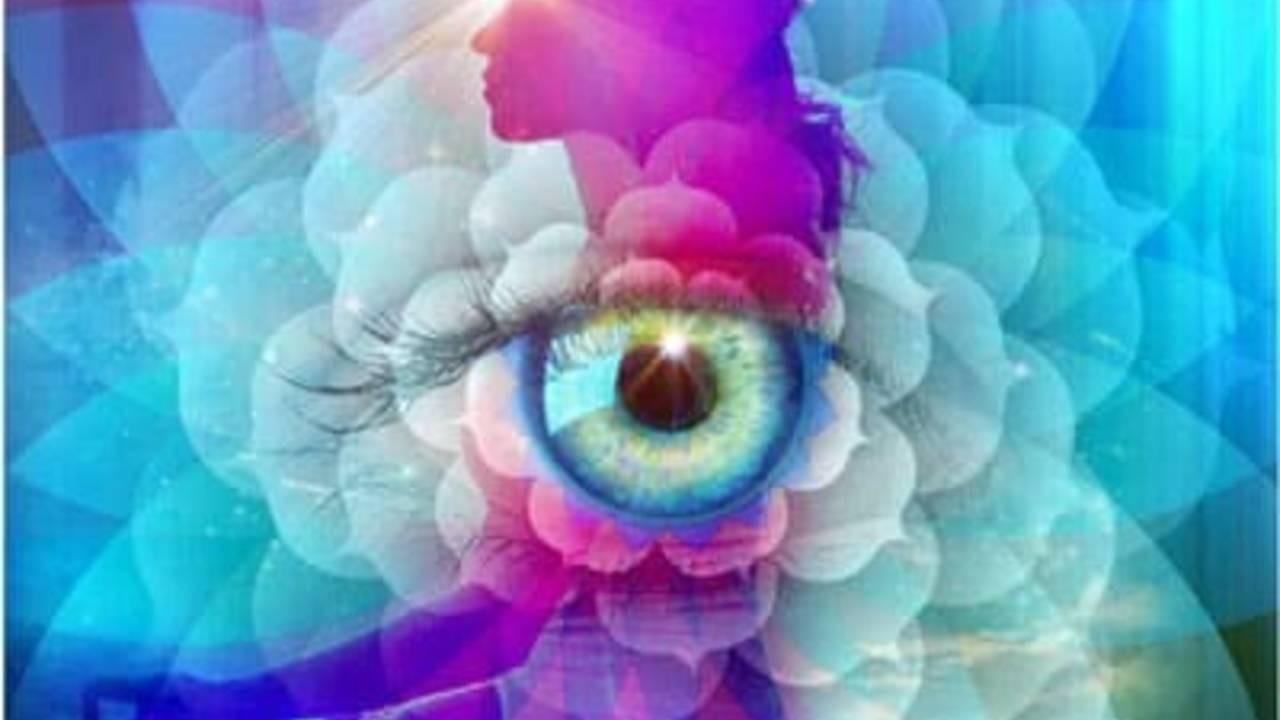 When I was little, I daydreamed a lot. I spent a lot of time in nature. I believed in magic and miracles. I loved to hear, read, or watch anything that had mystery. I loved the idea of angels being with me. I would explore the world around me and within me.

As I grew, I became conditioned to think of those things as non-sense. I lost touch with that feminine nature inherent in me. But the past few years have been all about reconnecting back to what is already there waiting to be felt.

You see, I have come to discover and FEEL this knowingness within me. It's an inner wisdom that knows what's best for me because it's connected to a higher power and others as well. We all have this ability, we just have to learn to reconnect with it.

In our modern Western world, we have disconnected ourselves from that inner wisdom. We worship the rational, observable, and logical and dismiss intuition. We think of acting from a feeling as irrational and foolish and something we should not be doing.

My training as a school psychologist is one of a scientist-practitioner. I understand the importance of this because if we are intervening in a person's life, we want to do our best to make sure we are using evidence-based practices to support this. This is mostly because we have discovered that our feelings tend to be misguided due to our cognitive biases. For example, if we were trained in one theory, we might consciously or unconsciously push that theory even if it's not appropriate for certain people. But the real issue is, that isn't acting from deep wisdom either. They are acting from ego and conditioning. The solution shouldn't have been to cut people off from acting from their intuition, it should have been teaching people how to access it...how to know when their "feelings" are coming from ego/conditioning vs. deep wisdom/intuition/spirit.

So instead we developed a system hyper dependent on research and logic and that disconnected us from that deep sense of knowing. We make very calculated decisions based on information provided to us that we are aware of.

Many religions have even gone in this direction. Almost every religion was once rooted in the deep awareness of universal spiritual principles. There's an underlying truth flowing through them. Now many mainly focus on ways to control the behavior using rules to try to save people from their irrational and sinful natures. They tell people what to believe. In psychology, the dark and dangerous nature of man must be controlled, if not, we label them as disordered and work to fix them. In education, we can get sucked into teaching kids what to think instead of how to think. In politics, we see this by people being more aligned to their party than to critical thinking skills and being open-minded.

It only makes sense that we then become dependent on the rational and we begin to fear the non-observable. We end up denying huge parts of ourselves, including our sexuality. We create an internal division that we see manifesting in our lives and in our worlds collectively.

Our lives are meant to be guided by the connection with the creative force/spirit/Christ Consciousness/God/universal energy...whatever it is that you like to call it. In human evolution, we have evolved exponentially in the rational and observable but it's been at the expense of our feminine, feeling, connective nature. Our indigenous cultures were so in tune with one another and nature, but it was people coming in hoping to expand civilization who devastated their culture. We look at animals and how connected with nature they are. We have collectively lost those abilities.

The more we fear and distrust these energies, the more problems we will see. When we repress our emotions, instinctual nature, and intuition, we reject a part of ourselves. This is the real source of the mental health problems—the division we have created with our True Self and Spirit.

Once we accept that we have that flowing in us and through us and it can be felt with our intuition, we have access to an infinite supply of information. We get to tap into the universal mind. When we act from logic alone, we only make decisions based on the facts we are aware of. Look at research studies, the very thing we have made our "god." Often, the findings change based on the study. A prime example is research in the health field. We are constantly getting conflicting information on what will keep us healthy. If evidence, logic, and research are what will benefit us the most, why are we as a species getting sicker? Unhealthier? Unhappier?  Having more dysfunctional relationships?

The very things we cut out to protect us as humans have only made things worse! We have an invitation to welcome Spirit/God/Universal Wisdom back into our lives where it belongs.

When we tap into the flow of the universe, we truly begin to live, whole and complete lives. That doesn't mean life doesn't have difficulties. Being human means we will have things occur that we won't like. But we will be able to handle them with "ease" because the human "dis-ease" has now been addressed by getting to the root cause and reconnecting to the totality of our being.

It doesn't get much better than that. 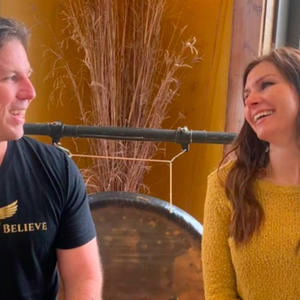 Founders of Breathe and Believe

Brian and Alecia are breathwork and mindset coaches. We help people reach their physical, mental and spiritual goals through the powers of breathwork and expanding awareness. 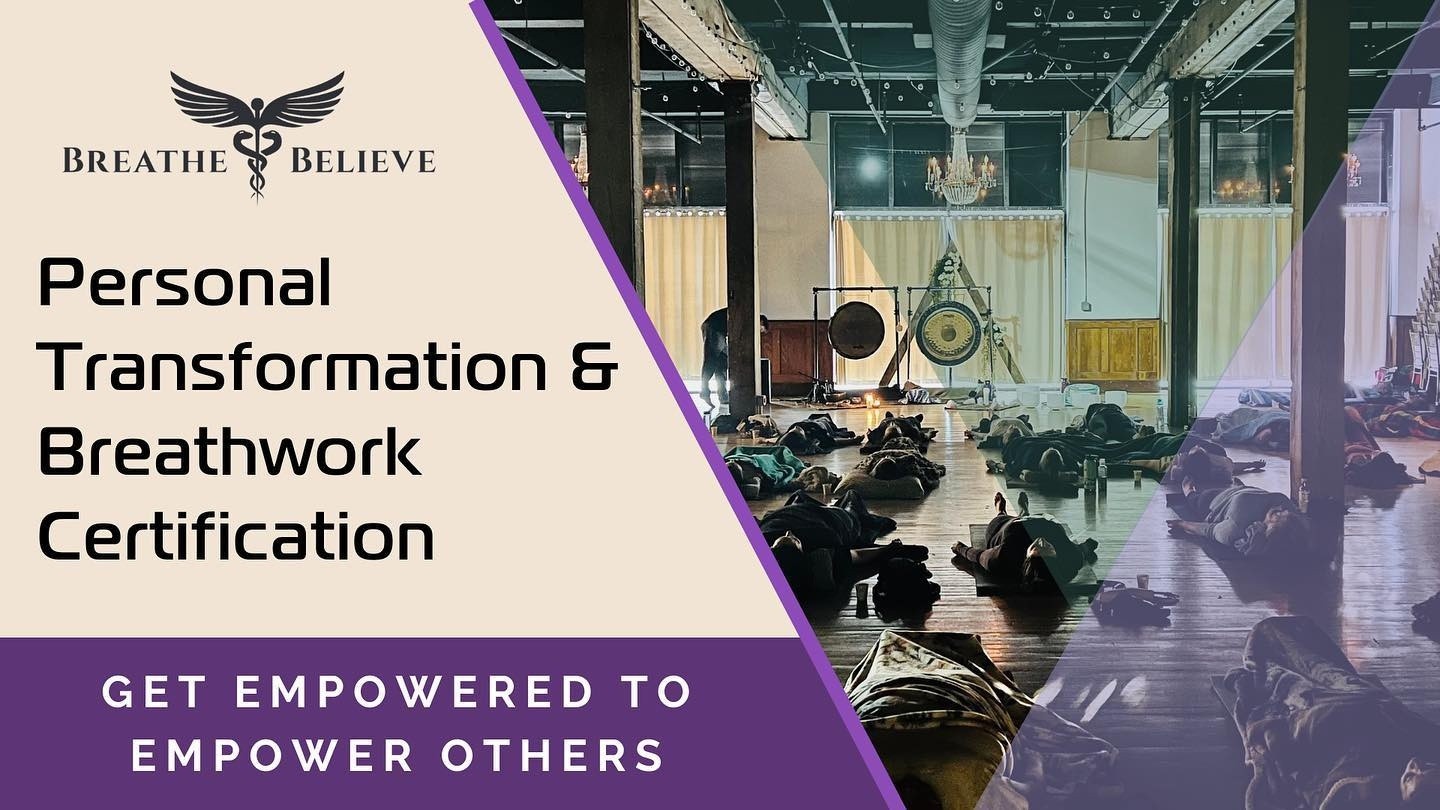 We teach true transformation. By focusing on the underlying cause of our human challenges you'll learn how to apply breathwork & mindset to the variety of symptoms that hold us back from achieving our greatest human potential.

This first starts with you... an essential element of this life-changing program is your own personal growth. We will walk you through the process, make sure you're ready & provide you the confidence to bring these same skills to other peoples lives. 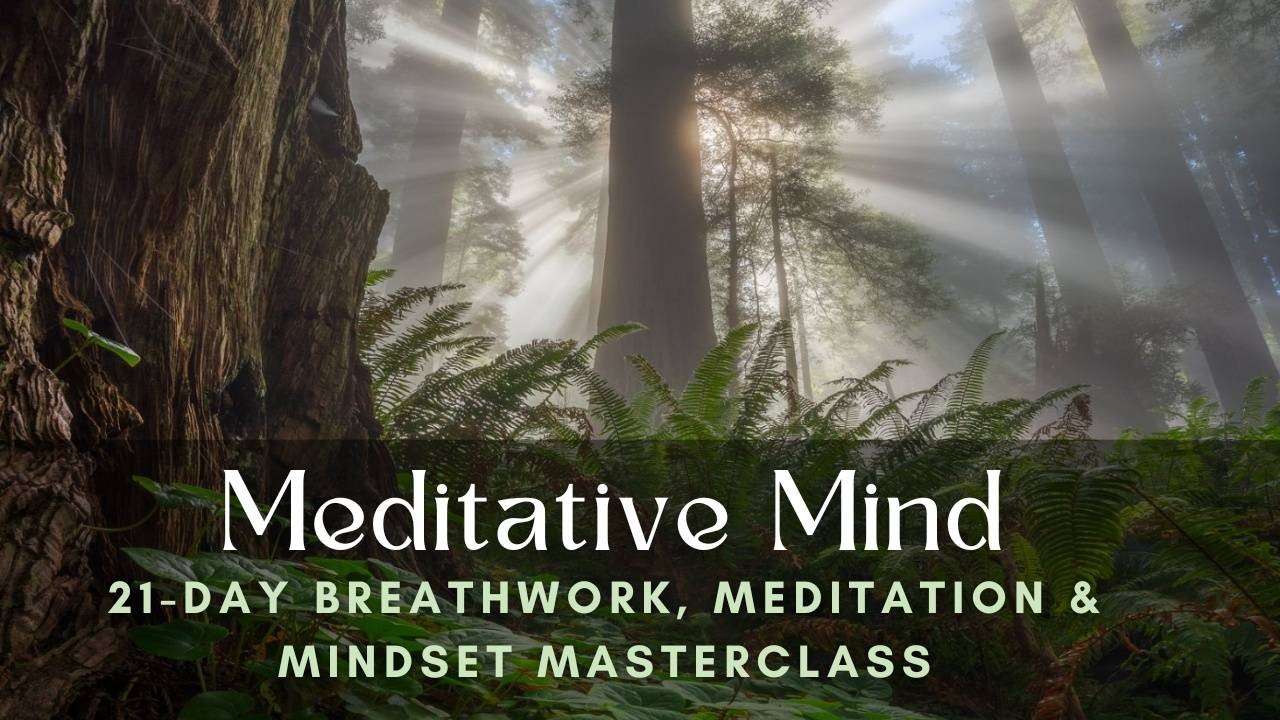 Learn how to become the alchemist of your life and turn your challenges into opportunities to grow.

Work at your own pace from the comfort of your own home.

Life is short. We are here to grow, explore, and enjoy this earth. In order to do that, we first must release the things holding us back.

Turn your difficulties into gold! 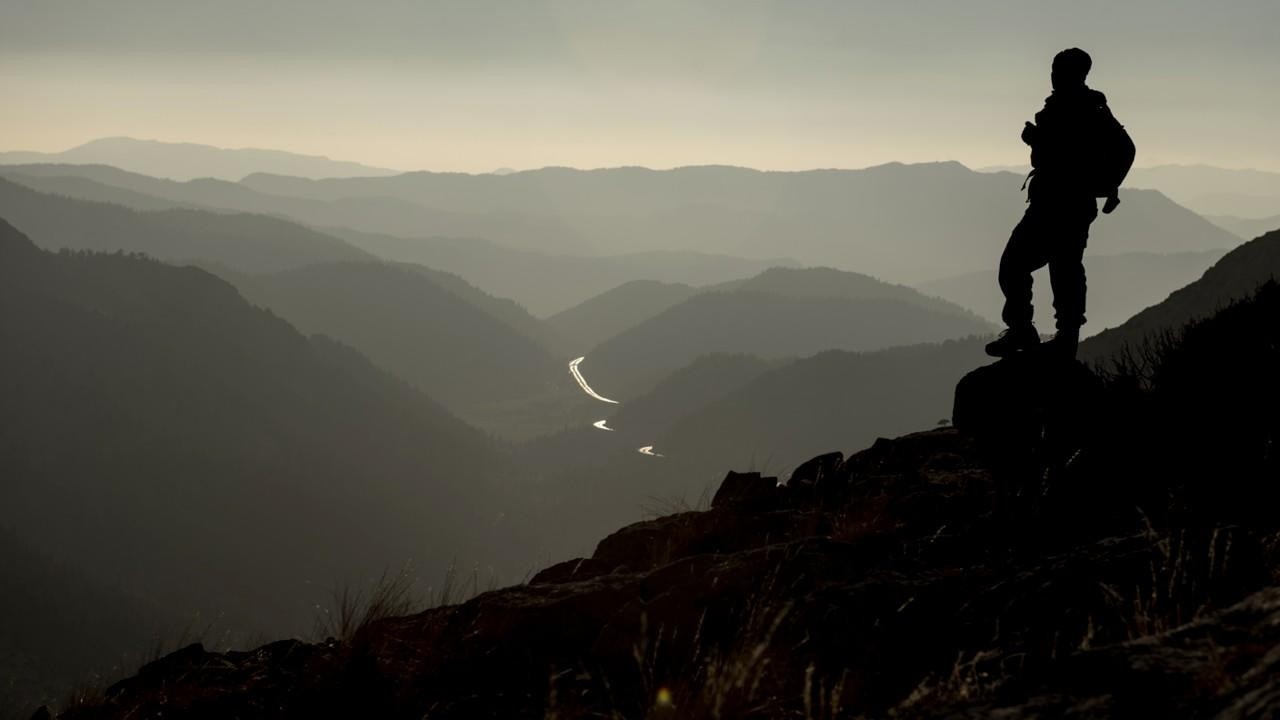 GET MY FREE GIFT
Close 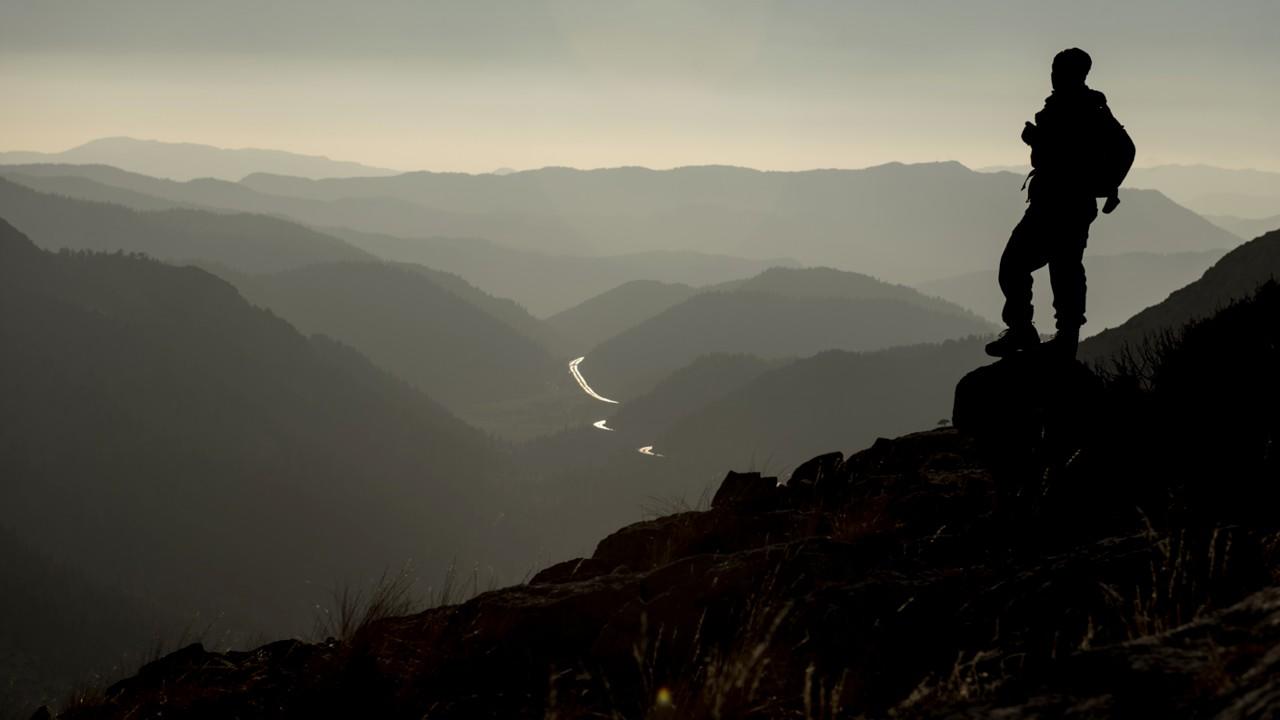